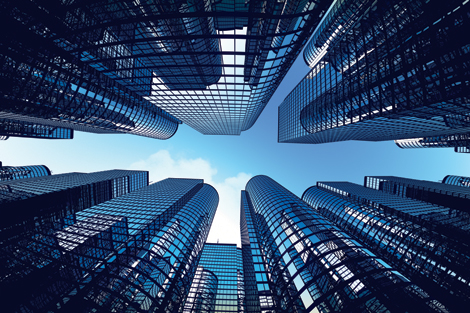 Take a look at some of the hottest spots for business around the region and why they’ve become so successful within the business world.

Singapore has often been described as the world’s best place for business. This is primarily due to the ease of running a business in the country and the Government’s pro-business approach to start-ups. This approach results in minimal ‘red tape’ for those who are hoping to get up and running as quickly as possible.

It’s easy to get corporation set up in Hong Kong. The process is also quick and affordable, taking only a matter of weeks and costing around $600.

The corporate tax rate in Hong Kong is 0% for transactions outside HK, making it ideal for those who do a lot of business internationally.

Bangkok’s business district is constantly evolving and improving, making it ideal for new or up-and-coming businesses who may be following a similar pattern.

Bangkok has also been described as a technological hub, paving the way for tech-heavy start-ups to bring their innovative ideas forward.

Malaysia is culturally diverse and open to a wide range of ideas. Kuala Lumpur itself is the country’s main centre of business and economy, including finance, real estate and insurance commerce.

In 2015, it was announced that a new business school would be opening in the city in a collaboration between the prestigious U.S. based Massachusetts Institute of Technology and Bank Negara Malaysia (BNM).

Shanghai has been named the Best Chinese City for Business according to Forbes Magazine as well as being the location of some of the most expensive land deals in recent years.

In recent times, there has also been a significantly increased number of applications for patents and licenses in the city, demonstrating a surge in business innovation.

Known as the cultural hub of China as well as the country’s capital, Beijing consistently shows a strong development of business. Due to its climate, the city is known for abundant agricultural produce.

Additionally, as the economy develops, a higher number of entrepreneurs are making the move from farming to start-ups. Financing a new business is relatively easy due to the city’s high standard of banking services and financial aid from Japan and the United States.

Sydney is known for its modernity and multicultural lifestyle, creating a workforce that appeals to business owners across the globe.

Australia has a strong economy and is rich in agricultural and natural resources. Businesses in the city can also benefit from Australia’s free trade agreements with a number of countries around the world including the USA, Thailand, Singapore and New Zealand.

If you’re running a business in the cities mentioned above, or further across the Asia Pacific region, why not contact Asia Serviced Offices today? We’ll be able to recommend great commercial properties that will suit any business or entrepreneur, ensuring the highest level of professionalism for you and your company.